In his Secret Destiny of America, Manly Hall, Bacon’s most understanding modern scholar, refers to the appearance in America, prior to the signing of the Declaration of Independence in 1776, of a mysterious Rosicrucian philosopher, a strict vegetarian who ate only foods that grew above the ground, who was a friend and teacher of Franklin and Washington and who seemed to have played an important role in the founding of the new republic. Why most historians failed to mention him is a puzzle, for that he existed is a certainty. He was known as the „Professor.” Together with Franklin and Washington, he was a member of the committee selected by the Continental Congress in 1775 to create a design for the American Flag.

A year later, on July 4, 1776, this mysterious stranger, whose name nobody knew, suddenly appeared in Independence Hall and delivered a stirring address to the fearful men there gathered, who were wondering whether they should risk their lives as traitors by affixing their names to the memorable document which Thomas Jefferson wrote and of whose ideals Francis Bacon, founder of Freemasonry and Rosicrucianism, was the true originator. (Chapter Eleven from: Great Secret: Count St. Germain by Raymond Bernard). DISCURSUL

„The estate of (Illuminatus) Landgrave Karl von Hessen-Kassel (1744-1836) was an occult-masonic initiatory retreat. The world’s foremost expert on the 18th-Century Golden and Rosy Cross, Dr. Christopher McIntosh: The head of the Asiatic Brethren in the 1780s and 1790s was the Landgrave Carl von Hessen-Kassel, one of the most fascinating and influential figures at the time in the world of Masonry, Rosicrucianism and hermetic studies. He not only belonged to innumerable orders and rites, but he was a practicing alchemist and was a friend of the mysterious French alchemist, the Comte de St. Germain, whom he harbored during the last years of St. Germain’s life on his estate Louisenlund in what is now Schleswig-Holstein, which he turned into a great center of Masonic and esoteric activity.” (Sursa)

„St. Germain – Another intriguing connection is that of the famous occultist and alchemist, St. Germain: „[Germain] soon makes another interesting acquaintance – Prince Karl of Hesse-Kassel, Governor of Schleswig-Holstein and ardent Mason and occultist. St-Germain informs his new friend that he will be a permanent houseguest. Karl is reluctant, but finally agrees, and the two settle in Schleswig, where they study chemistry and distribute herbal remedies to the poor. Karl calls him ‘the greatest philosopher who ever lived,’ and nicknames him ‘Papa’.” (Sursa) 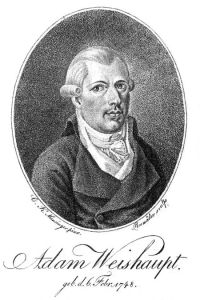 Mayer Amschel Rothschild (23 February 1744 – 19 September 1812) was a German banker. He was the founder of the Rothschild family international banking dynasty that became the most successful business family in history. (Sursa)

Rothschild – Prince Karl and the House of Hesse represent the strongest connection yet between the Rothschild Dynasty and the Illuminati. The two families had such an intimate relationship that there’s a strong possibility for the Rothschilds having at least contributed financially to the Bavarian Illuminati – if only in Karl’s name. Beginning with Karl’s father Friedrich (Friedrich II Landgraf von Hessen-Kassel), the Hessen-Kassel Royal Family made a fortune from leasing Hessen-Kassel mercenaries to various monarchies: „Hessen-Kassel contributed 16.000-23.000 men to the Anglo-Prussian army”; „17,000 Hessians fought the rebels in the WAR OF AMERICAN INDEPENDENCE – Count Friedrich ‘earned’ 20 million Thalers.” 49 „His banker, since 1783, was Frankfurt Jew MEYER AMSCHEL ROTHSCHILD; by clever management of the fund he and his sons made Friedrich’s successor, WILHELM IX. (Karl’s brother), one of the wealthiest monarchs of his time.” (Sursa).  VIDEO 1 , VIDEO 2 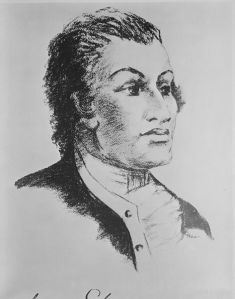 Haym Solomon (or Salomon) (April 7, 1740 – January 6, 1785) was a Spanish and Portuguese Jew who immigrated to New York from Poland during the period of the American Revolution, and who became a prime financier of the Continental Army during the American Revolutionary War against Great Britain. Haym Solomon was born in Leszno, Poland to a Sephardi Jewish family from Portugal. In his youth, he studied Hebrew. During his travels in western Europe, he acquired a knowledge of finance as well as fluency in several other languages. He returned to Poland in 1770 but left for England two years later in the wake of the Polish partition. In 1775, he immigrated to New York City, where he established himself as a financial broker for merchants engaged in overseas trade. Sympathizing with the Patriot cause, Solomon joined the New York branch of the Sons of Liberty. In September 1776, he was arrested as a spy but the British pardoned him, only after serving 18 months of his sentence and claims of torture on a British boat, in order to use his abilities as an interpreter for their Hessian mercenaries. Solomon used his position to help prisoners of the British escape and encouraged the Hessians to desert the war effort. In 1778 Solomon was arrested again and sentenced to death, but he managed to escape, whereupon he made his way with his family to the rebel capital in Philadelphia. Once resettled, Solomon resumed his activities as a broker. He became the agent to the French consul, as well as the paymaster for the French forces in North America. In 1781, he began working extensively with Robert Morris, the newly appointed Superintendent for Finance for the Thirteen Colonies. Solomon was involved in Jewish community affairs, being a member of Congregation Mikveh Israel in Philadelphia, and in 1782 made the largest individual contribution towards the construction of its main building. In 1783, Solomon was among the prominent Jews involved in the successful effort to have the Pennsylvania Council of Censors remove the religious test oath required for office-holding under the State Constitution. (Sursa)

„But some claim that a mysterious man from Europe, but living in Philadelphia, named Haym Salomon, secretly assisted the committee of Franklin, Jefferson, and Adams. Haym Salomon, a Jewish banker, just happened to be the American representative for the Rothschilds of Europe. Salomon, it is said, bribed a number of American politicians and was able to get about anything he and his mentors wanted done. In the case of the Great Seal, the Rothschilds wanted symbols to be pictured in the Great Seal of United States befitting the aims of the Illuminati. Though Jewish and Zionist in ambition, the Rothschilds were not worshippers of the God of the Old and New Testaments of the Bible. They were Sabbatian/Frankist (Satanic) in theology. They sought (and still today seek) a Jewish Utopia or Kingdom on planet Earth. This Kingdom would be the New Age successor to ancient Babylon and Egypt. It would be a powerhouse nation that would, through magic and intellect, conquer the world. (…) Rothschild eventually got the images he had demanded on the Great Seal, though not without opposition. The design was bitterly opposed by the few who recognized the Masonic and Illuminist elements.” (Sursa) 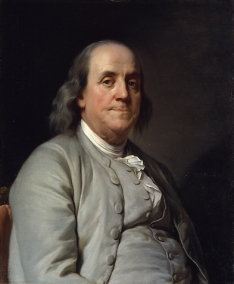 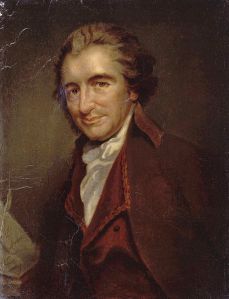 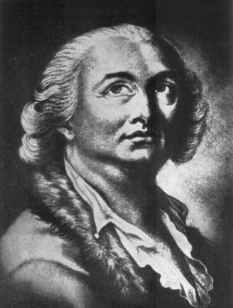 Alessandro Cagliostro (2 June 1743 – 26 August 1795) was the alias of the occultist Giuseppe Balsamo (also called Joseph Balsamo), an Italian adventurer. Balsamo allegedly met the Comte de Saint-Germain. He traveled throughout Europe, especially to Courland, Russia, Poland, Germany, and later France. His fame grew to the point that he was even recommended as a physician to Benjamin Franklin during a stay in Paris. (Sursa)

WASHINGTON’S ‘NATIONAL TREASURE’ THE DOLLAR BILL, SECRET NUMBERS, SECRET SYMBOLS, THE STATUE OF LIBERTY, THE MAYA AND THE SECRET KEY OF SOLOMON 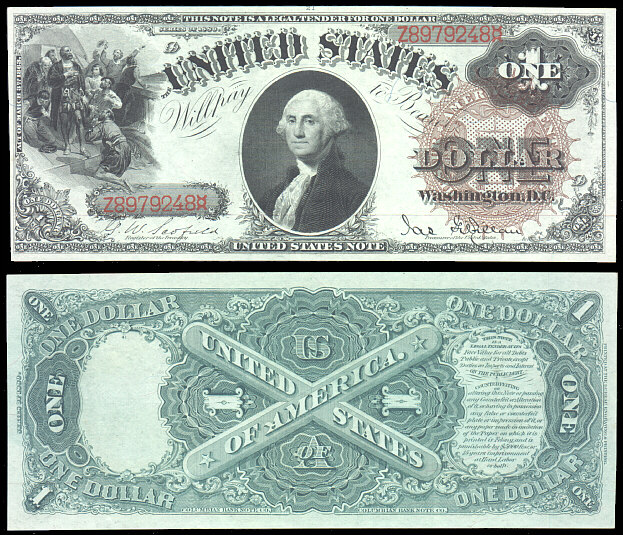